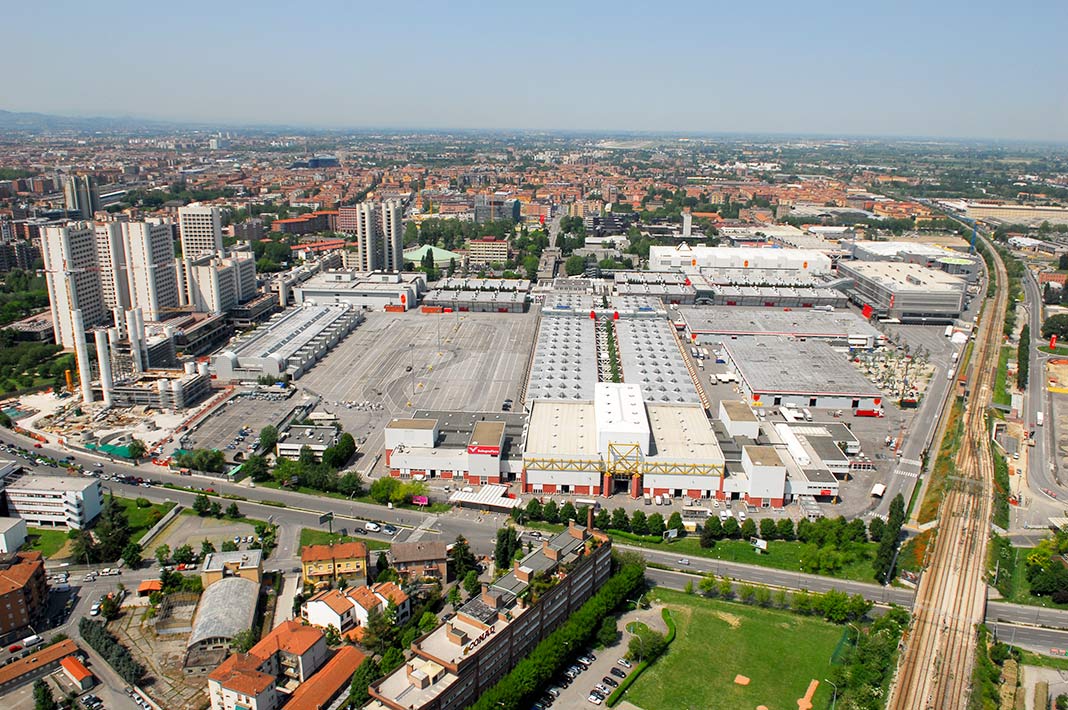 1888
The first “Great Emilian Exposition” in the GiardiniMargherita Park, illuminated electrically for the first time on this occasion and a rack railway was built to reach the Exposition’s other site in San Michele in Bosco.

1901
The first Trade Fair of Bologna was held in the EDEN Kursal facilities.

1927
The Exhibition Centre really begins its activity, with construction of the LITTORALE, the city’s most modern site.

1948
The first Footwear Exhibition was held in Palazzo Re Enzo.

1950s
The Centre moved to the Montagnola. But invitations to tender were already being made to construct a permanent home.

1964
On May 8 the foundation stone was laid for the halls designed by Leonardo Benevolo, Tommaso Giuralongo and Carlo Melograni.

1965
The ribbon was cut by Prime Minister Aldo Moro.

1986-90
The creation of the regional fair system comprising Bologna, Modena and Ferrara.

2001
The creation of the Fairsystem joint venture initiates consolidation of the Group’s international activities.

2005
BolognaFiere acquires SoGeCos, the company founded in 1996 to manage the Cosmoprof and Cosmofarma brands and the events for the beauty and wellness sector, today CosmoprofS.p.A.

2018
With GiPlanet, the Group becomes the No. 1 company in Italy in the stand construction sector.

The Group is strengthened on the international markets with the acquisition of Health & Beauty and inaugurates in Bologna the completely renovated halls 29 and 30.